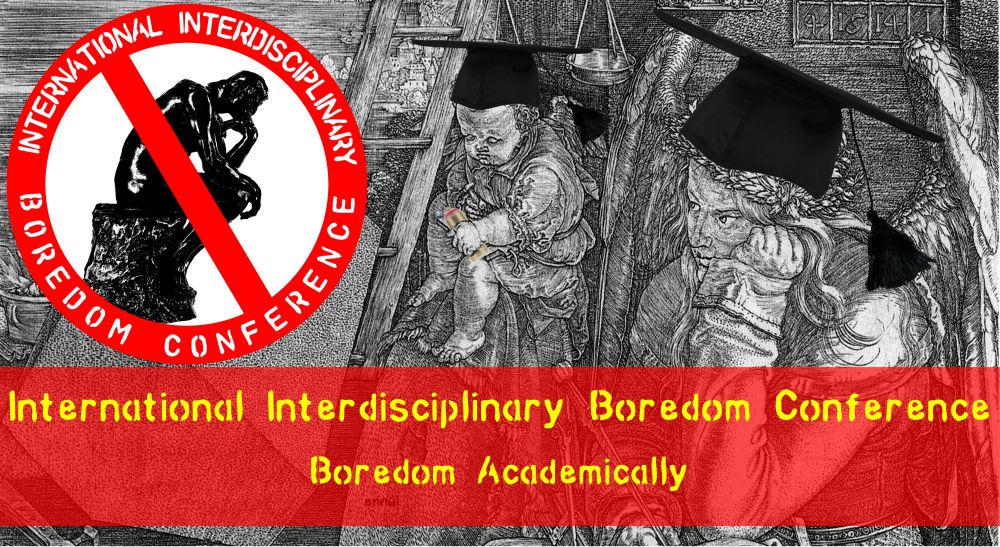 The significance of boredom have been detected and appreciated by many artists but only few scientists. Boredom, or one of its counterparts, has been perceived in arts as an important phenomenon of everyday life, which can strongly affect one’s existence.  Most academics have not taken this emotion too serious. As Josif Brodski said in his In Praise of Boredom: „Neither humanities nor science offers courses in boredom. At best, they may acquaint you with the sensation by incurring it”. Sociologists Donna Darden and Alan Marks in their article Boredom: a socially disvalued emotion suggest that it is more than just “the sensation”:  „Sociology has largely ignored boredom, although producing a rather large amount of it” (Darden, Marks 1999: 33). We suppose that sociology is not the only discipline that should be mentioned.

Boredom is therefore a vital problem for the moralist, since at least half the sins of mankind are caused by the fear of it. Boredom as a factor in human behavior has received, in my opinion, far less attention than it deserves. It has been, I believe, one of the great motive powers throughout the historical epoch, and is so at the present day more than ever (Russell 1970: 57).

Russell has not been the only one who think this way. French scientist, Emile Tardieu, who wrote at the turn of the 19th and 20th centuries, claimed that “all human activity is shown to be a vain attempt to escape from boredom, but in which, at the same time, everything that was, is, and will be appears as the inexhaustible nourishment of that feeling” (Benjamin 2002: 102).

If we assumed that these authors were right, it is obvious that academic milieu is infected by boredom as well. Listen to an anthropologist, Nigel Barley:

University life in England is founded upon a few unacceptable assumptions. It is supposed that who is a good student, will be a good scientist. Who is a good scientist, will be a good teacher. (…) In fact, none of these associations exist. Excellent students conduct disturbingly bad researches. Magnificent academics, whose names still appear in scientific periodics, teach so stultifying and boring classes, that students object and evaporate from lecture rooms like dew under the African sun (Barley 1983).

We perceive boredom as a vital social issue and one of many antinomies of university life. That is why we feel obliged to consider boredom in an academic way: not as an anecdote or joke but as a serious, rightful subject of scientific investigation. Boredom is a silent passion slayer and therefore it can even deteriorate scientific Berufung (calling). This problem often seems to be so shameful that many scientists prefer to ignore it as something painful but necessary. We state that science does not have to be boring to be scientific and we want to start academic, interdisciplinary discussion on boredom, not only an academic one. We hope that our Conference will be interesting and not-boring as well as scientifically satisfactory.